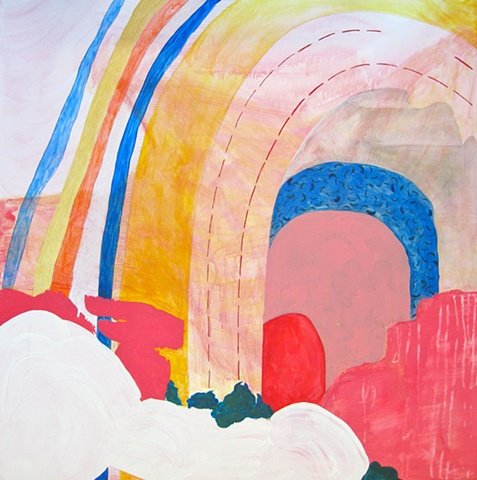 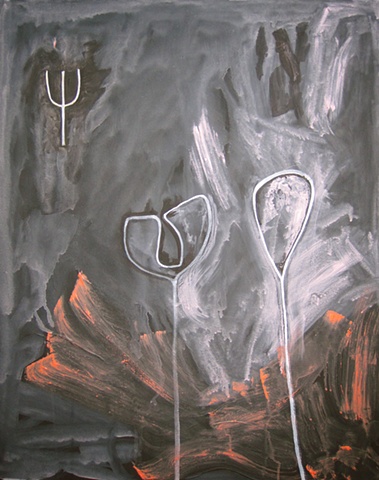 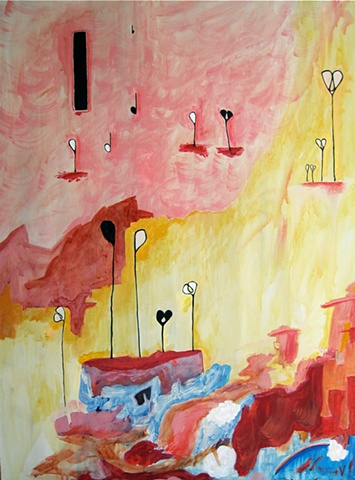 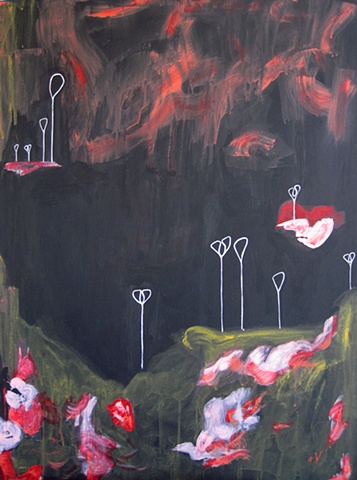 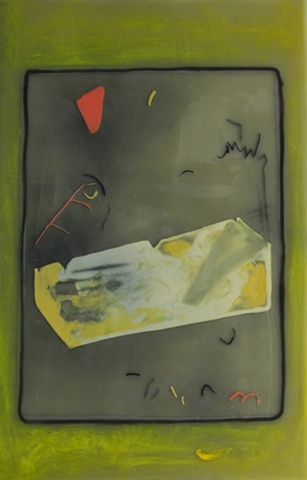 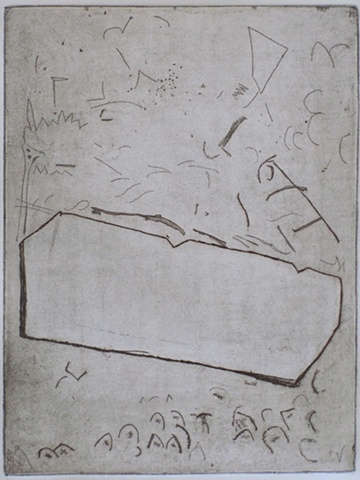 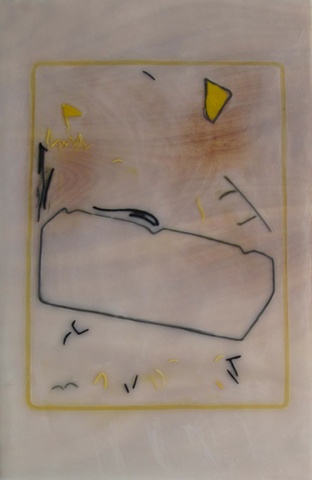 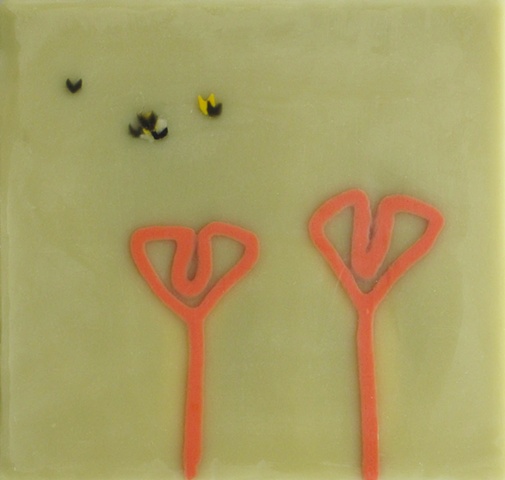 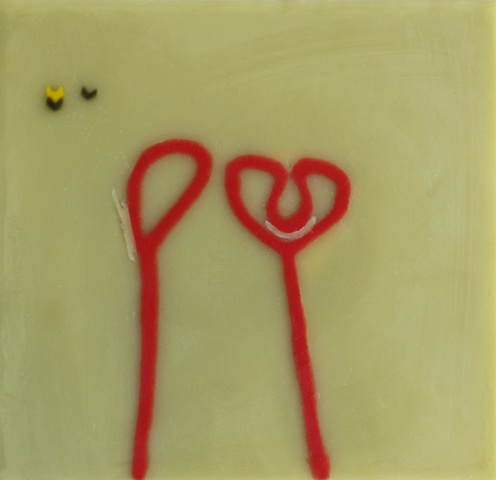 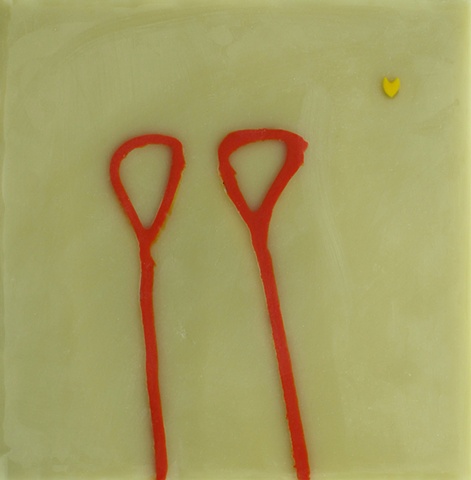 The primary iconography for this show, single-line figures, comes from Autopoiesis, a series I began in 1997. Elements in an autopoietic system are producer and product simultaneously. To live in an autonomous way, living systems need to obtain resources from their environment. Forms in art, because of their symbolic nature, are dependent upon a relationship with viewers, who are themselves producers and consumers. Ekphrasis, the use of one work of art to tell the story of another, is also an example of autopoiesis. In this exhibit, the figures represent spirits and living beings.

I began painting Divine Comedy a few years ago. In the process of finishing it for this show, the painting began to look religious to me as I built up the fore- and background colors and the black figures primarily with triangulation. I thought, I'm an atheist, what am I making here? Dante’s epic poem the Divine Comedy came to mind; I recalled how much I enjoyed reading parts of Mandelbaum’s Commedia and Pinsky’s translation of the Inferno. Dante's form and subject matter, especially the humor and humanity with which he depicts both sinners and saints, became the guiding principle for the show.

I painted Francesca and Paolo, Dante's adulterers, swaying in a sea of flames. Francesca and Paolo's story is a precursor to the gothic novel, which combines elements of horror, supernatural evil, and romance. Gothic architecture offers another context in which to consider these works, with its castles and cathedrals, especially the statues and decorative schemes that address peoples' fascination with, and fear of, supernatural power. My use of a pitchfork symbol is inspired by Grant Wood’s American Gothic.

Sympathy for the Devil (also the title of a Rolling Stones' song) recalls for me the most stirring moment in Mandelbaum’s translation, his depiction of a devil weeping as he is forced to gnash an infinity of sinners. It hadn't occurred to me that a devil might be anything but malevolent.

I love terza rima, a rhyme scheme invented by Dante. Composed of tercets, each stanza's first and third lines rhyme, while the center line ignites the rhyme of the following tercet. My triptych Terza Rima represents types of couples (in the past, I have titled similar triptychs American Marriage, No On Prop 8 and Date Night). By placing the heteros in the middle, I'm attempting a metonym for Dante's rhyme scheme.

As one element of an autopoietic system, I continue to reference and reuse my own art. The intaglio print My Pager is in My Other Pants mimics an early sketch I made for Autopoiesis. I etched the plate Kandinsky Coffin in 2010, using non-toxic methods. Working the print in encaustic with the Divine Comedy on my mind, it occurred to me that a coffin, paradise, and purgatory are three inventions created to accommodate the same event -- the cessation of life.