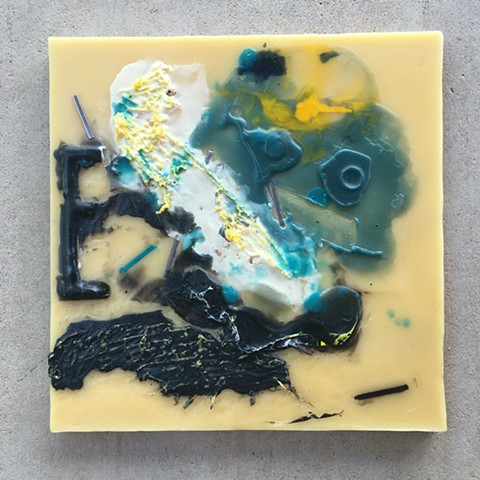 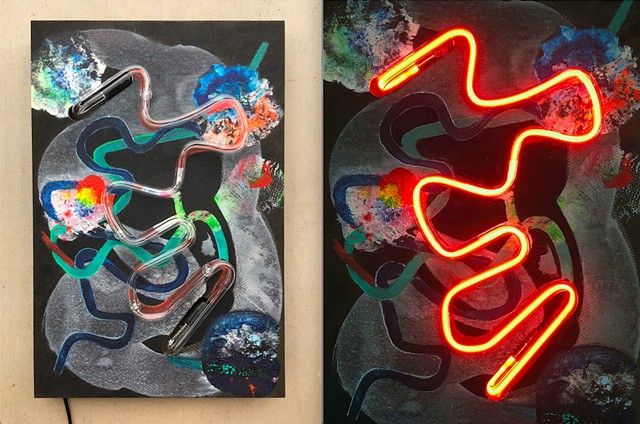 In Our Now
Neon art 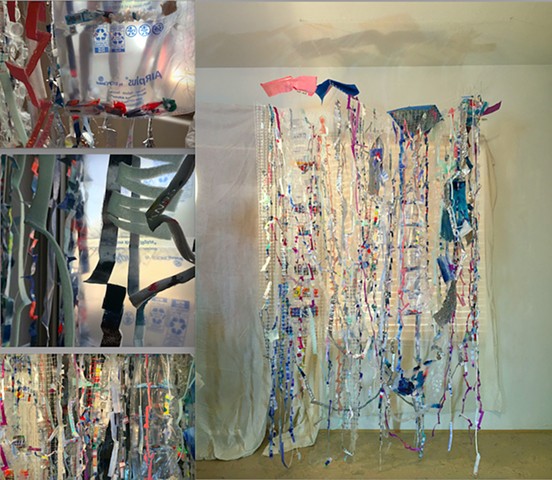 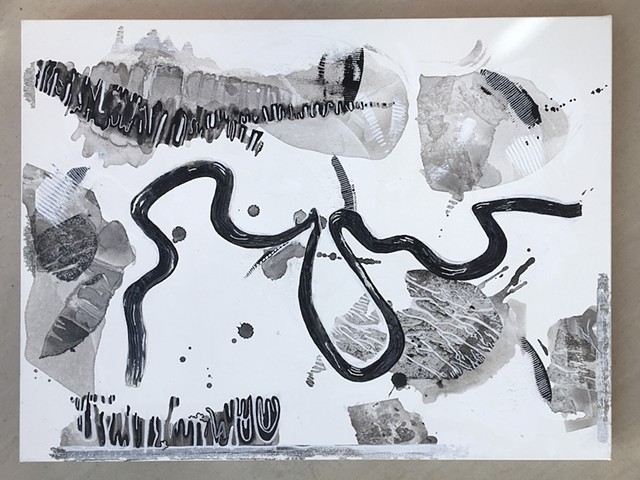 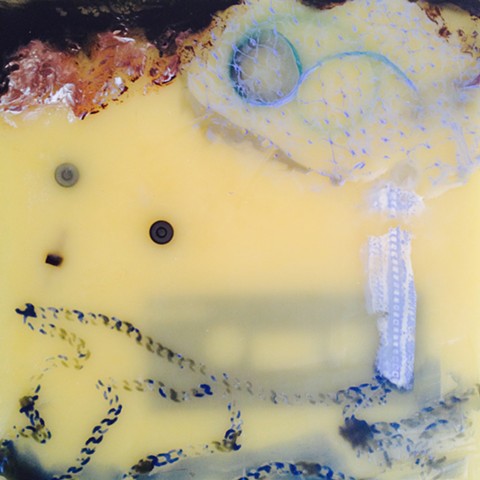 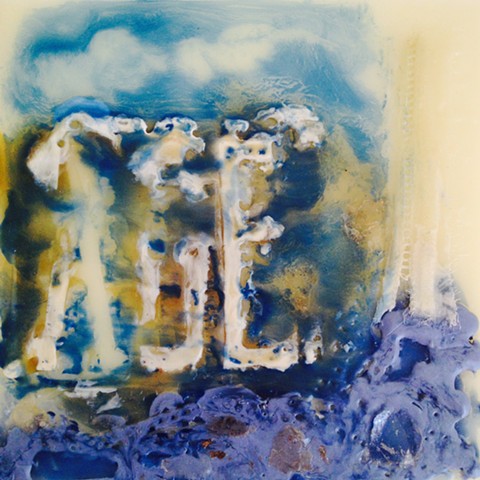 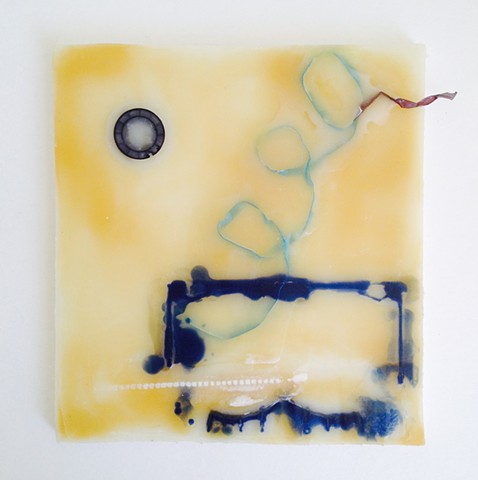 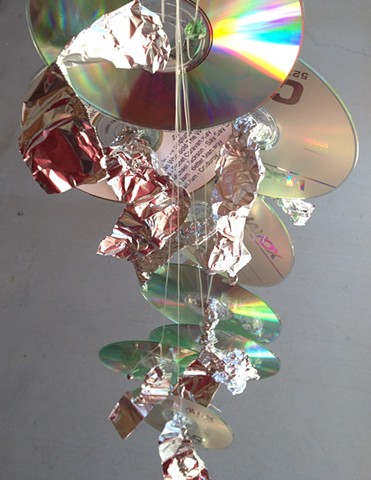 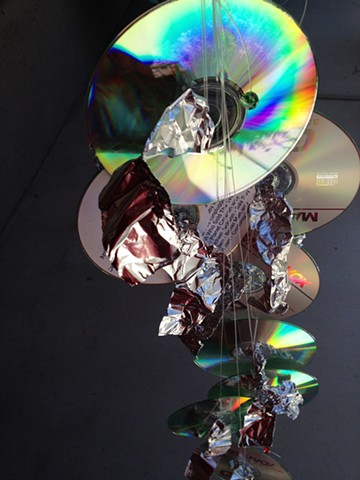 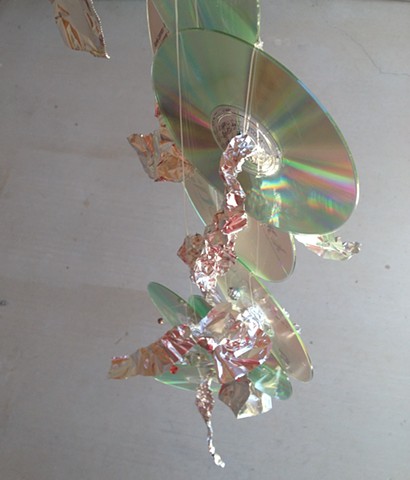 In l997, Charles Moore discovered The Great Pacific garbage patch, a spiral of marine debris in the North Pacific with exceptionally high concentrations of pelagic plastics, chemical sludge, and other debris trapped by the currents of the North Pacific Gyre. My act as an artist is to recontextualize that degradation with personal, local, and temporal references.

I associate the soundtrack of the late 20th century with the pollution and abuse of resources that came into mainstream consciousness. My goal is to salvage the materials of that association. Essentially everything, ideologically and materially, is reducible, reusable, and transformable. Materials destructive in one context are repurposed as harmonious in another. Inspired by my nostalgia for Southern California – driving to the ocean with the radio on and dancing at live music venues – RADIO OCEAN repurposes detritus one might find floating in the Pacific or littered on Sunset Boulevard.

I transform fiber from a dress made by my grandmother, plastic from clear sheets, fishing line, six-pack rings, guitar string, and cassette tape into several hundred feet of hand-cut garlands trimmed with CDs, parts of cassettes, chain, and fishing weights, all hung from aluminum wire sculptures or directly from the ceiling. Corresponding encaustics, each taking its title from my former life in Los Angeles, reuse plastic netting, fishhooks, chain, cassette parts, CDs, and vinyl records. In this proto- sea world, the activity of kelp, amoeba, and plankton is mimicked in the movement of salvaged music paraphernalia.