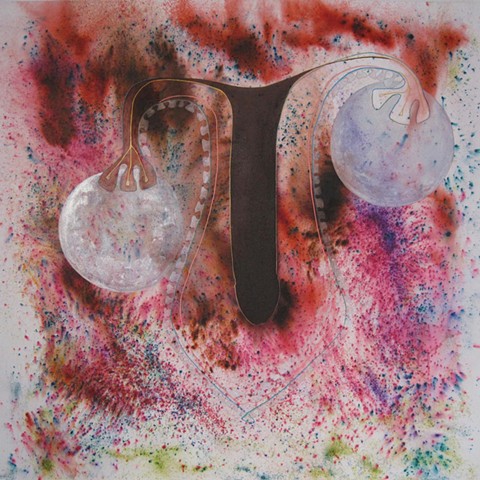 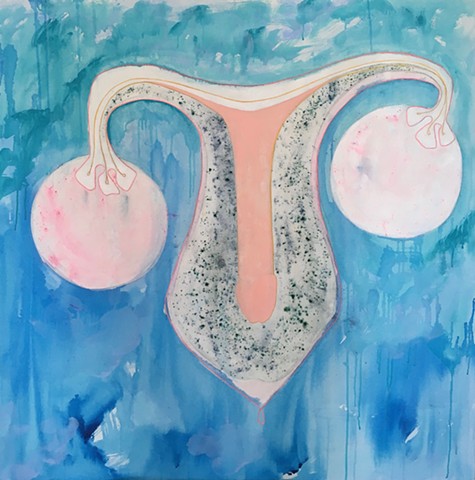 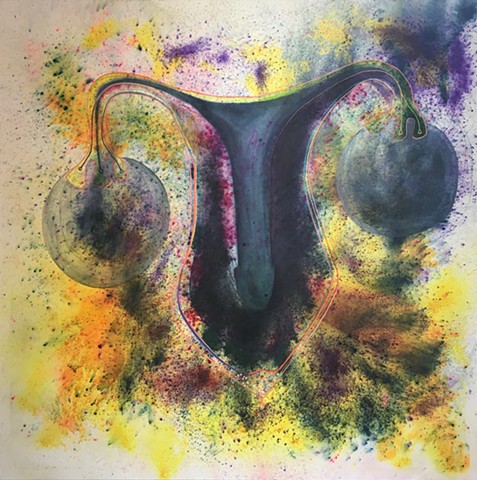 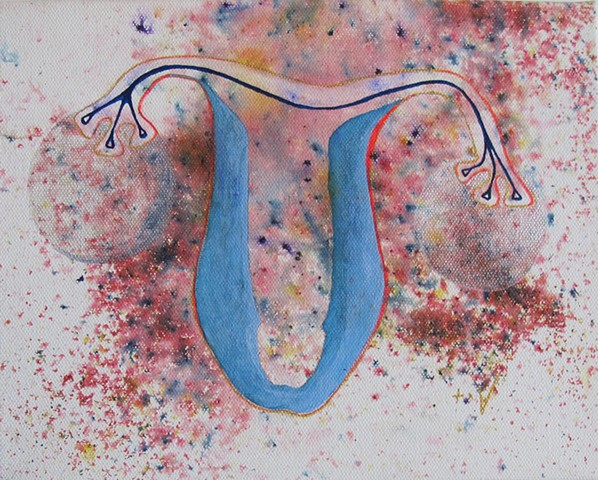 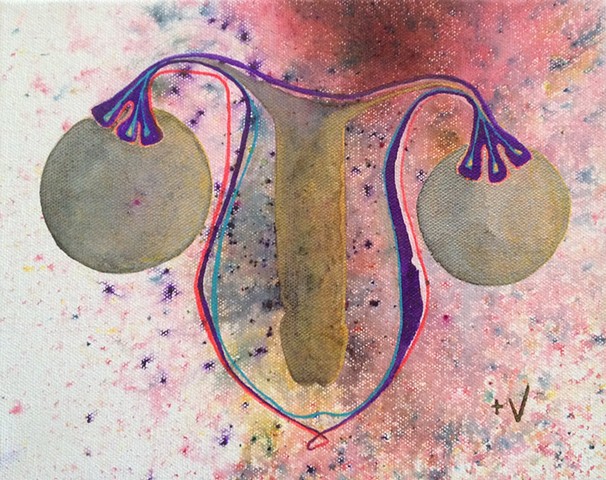 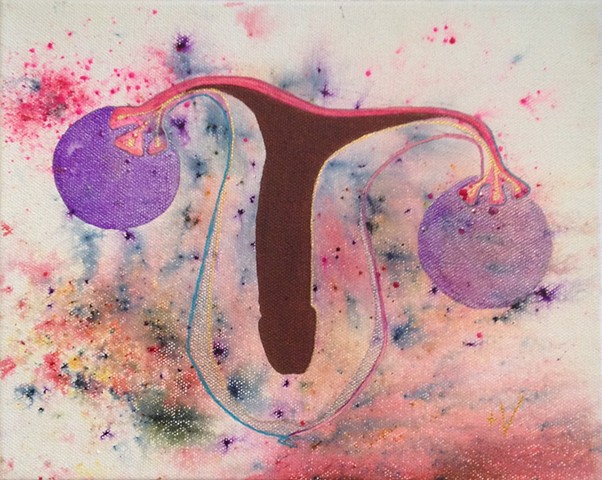 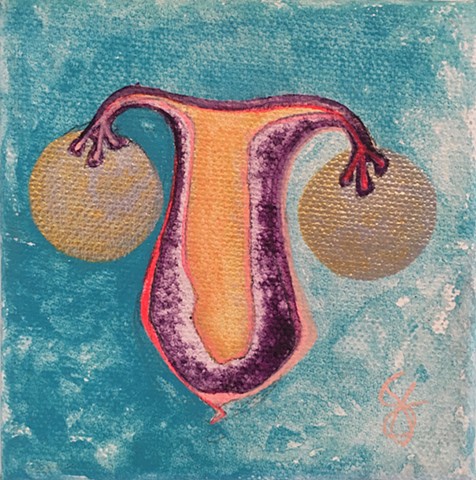 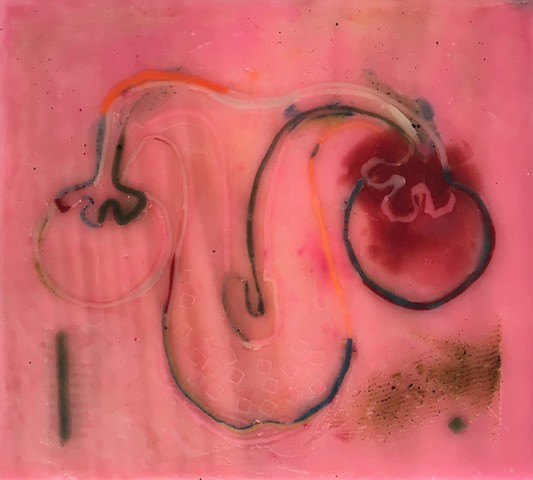 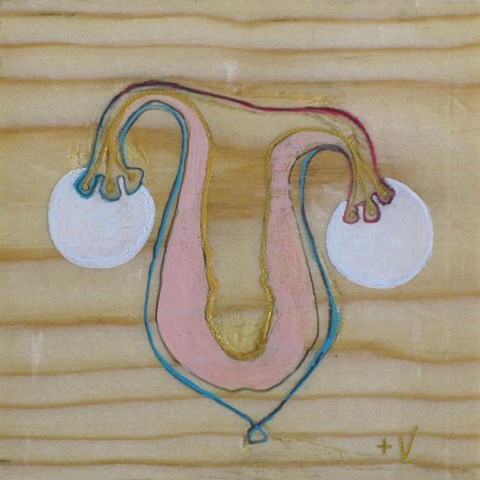 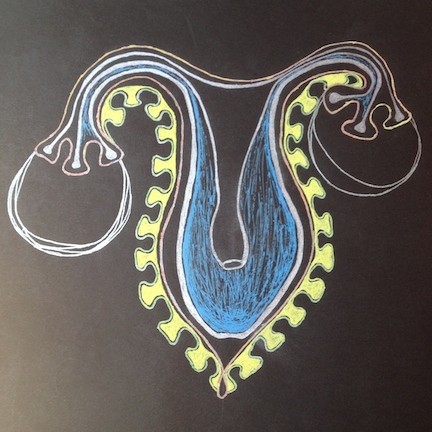 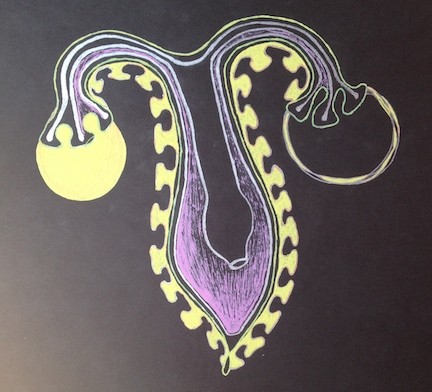 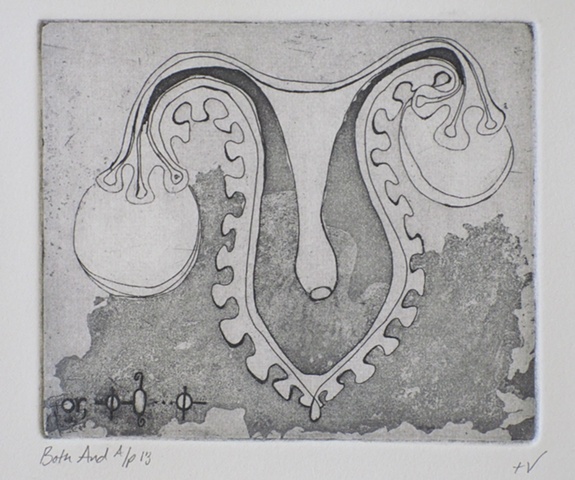 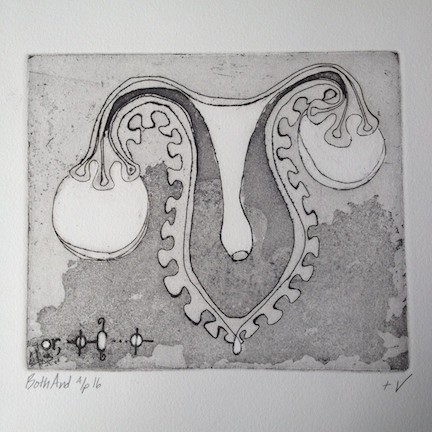 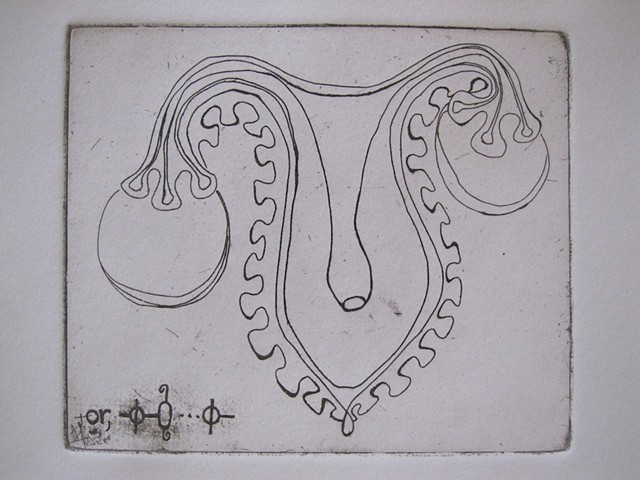 For BOTH AND, I’ve designed a trans image to express a general opposition to binary thinking. Depending upon the viewer, the image – a uterus partially in the shape of a penis, with gonads that can be read as both testicles and ovaries – appears female or male or both.

The title BOTH AND is inspired by Freud’s Interpretation of Dreams: “if an uncertainty can be resolved into an ‘either – or’, we must replace it for purposes of interpretation by an ‘and’ and take each of the apparent alternatives as an independent starting-point for a series of associations.”

My initial drawings of the image were made in 2001 as a response to undergoing surgery to diagnose endometriosis. After experiencing additional “reproductive health issues” I had a radical hysterectomy. For me, BOTH AND is associated with health, gender, and equality.